The Secret Diaries of Anne Lister – Cracking the Crypthand Code 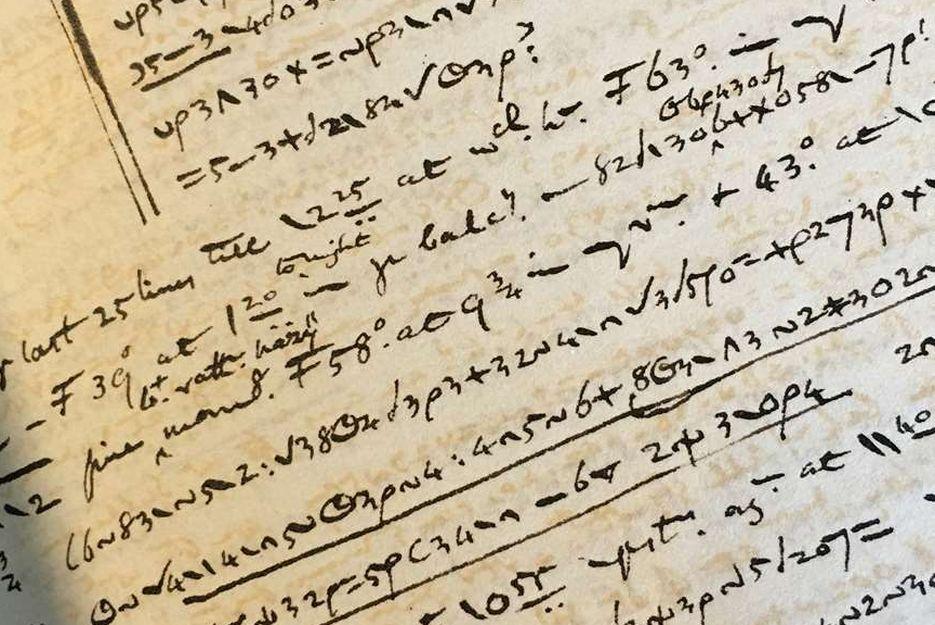 During her life, Anne Lister wrote a diary running to over five million words – three times the length of Samuel Pepys’. The physical appearance of the journals indicates the growing importance they came to play in Anne’s life.

The earliest entries, covering the period from Wednesday 11th August 1806 to Thursday 22nd February 1810, were ten loose sheets of paper, forming an unbound journal. In 1816, following a three year gap, Anne appears to have taken up her journal more seriously. Loose sheets are replaced by two thin school exercise books with blue covers.

In mid-March 1817 these blue books were replaced by the first of a succession of sturdy, hard-backed books. Between the covers of these books, Anne chronicled her life in minute detail. Some days are recorded in over 2000 words. Latest estimates suggest Anne’s diaries run to twenty-six volumes of 7,722 pages,

Anne Lister’s diaries describe quite graphically her sexuality, her “oddity” as Anne refers to it, and affairs, as well as the tactics she used for seduction. They also contain her thoughts on the weather, social events, national events and her business interests. The majority of her diary deals with her daily life and not solely her lesbianism and provides detailed information on social, political and economic events of the time.

Portions of the diaries, Anne’s deepest emotions, her private affairs and relationships with a number of women, are written in a code Anne devised from her teenage years onwards. This clever combination of Greek and Latin, mathematical symbols, punctuation and the zodiac is referred to by Anne as her ‘crypthand’. It is written without wordbreaks or punctuation, but in some respects it’s easier to read than Anne’s tiny, crowded handwriting in thick, black ink; full of abbreviations and shorthand.

Anne’s diaries went into the attic at Shibden, and remained there until John Lister (1847–1933), the last inhabitant of Shibden Hall, found them. The code was deciphered by John and a friend of his, schoolteacher Arthur Burrell, sometime between 1887 and 1892.

When the content of the coded passages was revealed, Arthur advised John to burn the diaries. John Lister was disturbed at Anne’s lesbianism and worried about the shame it might bring on him and the Lister family name if it were exposed. Thankfully however, John could not bring himself to destroy Anne’s diaries and instead he hid them behind a panel on Shibden Hall’s first floor, where they remained until after John’s death in 1933.

In 1933 Shibden Hall and its surrounding parkland were donated by the Lister family to the Halifax Corporation, which in 1974 became Calderdale Council. Years later Anne’s diaries were once again rediscovered. Arthur Burrell, by then in his 80s, gave the Corporation details of the code.

In the following decades, a small number of researchers studied Anne’s letters and journals. A librarian called Muriel Green worked though the Estate’s papers in the 1930s, which included Anne’s writings and correspondence.

Another pioneering researcher was Vivien Ingham. In 1967 Ingham was working on a doctoral thesis about Lister’s life entitled, ‘The Life of Anne Lister (1791-1840) of Shibden Hall, Halifax.’ At the same time she was also writing up an article on Anne’s mountaineering adventures in the Pyrenees – ‘Anne Lister’s Ascent of Vignemale’, which appeared in The Alpine Journal,lxxiii, in Nov 1968.

Ingham had decoded and transcribed vast sections of Anne Lister’s diaries concentrating initially on the years 1817 up to 1823, where she discovered details of Anne’s sexuality, her contraction of a venereal infection from her lover Mariana Lawton, and the iconic passage of the 29th October 1820, “I love and only love the fairer sex, and thus beloved by them in turn my heart revolts from any other love than theirs.”

When Ingham died prematurely in 1969, having already exposed Anne’s lesbianism through her own decoding and research, her supervising tutor Olive Anderson stated that had she lived to see her work finished, there would have been no question of her censoring or excluding material contained within the coded extracts, i.e, of Lister’s sexuality. However, this is indeed what happened when her friend and fellow academic, Phylis Ramsden, inherited Ingham’s body of research to work from. According to Olive Anderson, it was Ramsden who appropriated Ingham’s work and who subsequently censored Lister’s lesbianism. As Ingham’s tutor stated, “Vivien Ingham was too good a raconteuse to allow any story to suffer in the telling,” and later that “the result has been that the extent of Ingham’s prolonged and intelligent work and writing on Lister has never been recognised.”

In the 1980s teacher and historian Helena Whitbread became intrigued by Anne’s story, having seen Anne’s coded diary entries on microfilm at Halifax Library. A library worker provided Helen with a photocopy of Arthur Burrell’s code and she took home Anne’s 1817 diary and began translating it.

When Helena deciphered the passage of 12th December 1817, describing Anne’s time in York visiting Mariana Lawton, nee Belcombe, for the first time since her honeymoon, Anne’s secret was once more revealed. The passage read “I took off my pelisse and drawers, got into bed and had a very good kiss, she showing all due inclination and in less than seven minutes, the door was unbolted and we were all right again.”

Helena deduced that “kiss” was in fact code for sex and that the phrase “incurred a cross” was a reference to Anne’s orgasms, which were frequently marked in the margins with an ‘X’. The true nature of Anne’s relationship with Mariana had become clear.

After years researching and translating diaries written between 1817 and 1824, Helena published ‘I Know My Own Heart’ in 1988; a book detailing Anne Lister’s relationship with Mariana and her series of lovers across Yorkshire.

When a paperback collection of the diaries was published in 2010, the author and historian Emma Donoghue wrote that “the Lister diaries are the Dead Sea Scrolls of lesbian history. They change everything.”

Further work has been carried out by Dr Jill Liddington and recently, Sally Wainwright and Anne Choma have also researched and published parts of Anne’s journals. The research and transcription carried out for Sally Wainwright’s ‘Gentleman Jack’ has amounted to hundreds of thousands of words of new transcription of the diary – the largest block of transcription carried out by anybody to date, only a fraction of which found its way into in the official BBC companion book – Gentleman Jack: The Real Anne Lister. Without the global impact of Gentleman Jack, none of the historians who produced work relating to Anne’s diaries would be receiving the level of recognition that they are today.

However, at an estimated 5 million or so words, the task of deciphering and transcribing the diaries is huge, and plenty still remains to be done!

In 2011 Anne’s diaries received the accolade of being placed on the UNESCO Memory of the World Register in recognition of their substantial cultural significance to the UK. They are an important resource in the field of Gender Studies and Women’s History, as well as providing a wealth of information about politics, business, religion, education, science, travel, local and national events, medicine and health.

The register citation notes that, while a valuable account of the times, it was the “comprehensive and painfully honest account of lesbian life and reflections on her nature, however, which have made these diaries unique. They have shaped and continue to shape the direction of UK Gender Studies and Women’s History”.

Read Anne’s Diaries for Yourself!

Today Anne Lister’s diaries are available for you to read in full online, with newly created high quality digital images of every page.

A guide to how you can read Anne’s diaries online, with a copy of the code so you can decipher her Crypthand, can be found here.

Try out your eye at reading Anne’s small writing in which she uses a lot of abbreviations and try decoding the crypt-hand. It’s a challenge… but a fantastic one, with so many other stories to discover.

Anne’s actual diaries are held at the Calderdale office of the West Yorkshire Archive Service as part of the extensive collection of Lister Family of Shibden Hall records.

Anne Lister’s story is being brought to your TV screens in the BBC/HBO drama ‘Gentleman Jack’, written and directed by BAFTA winning writer Sally Wainwright and starring Suranne Jones as Anne Lister. 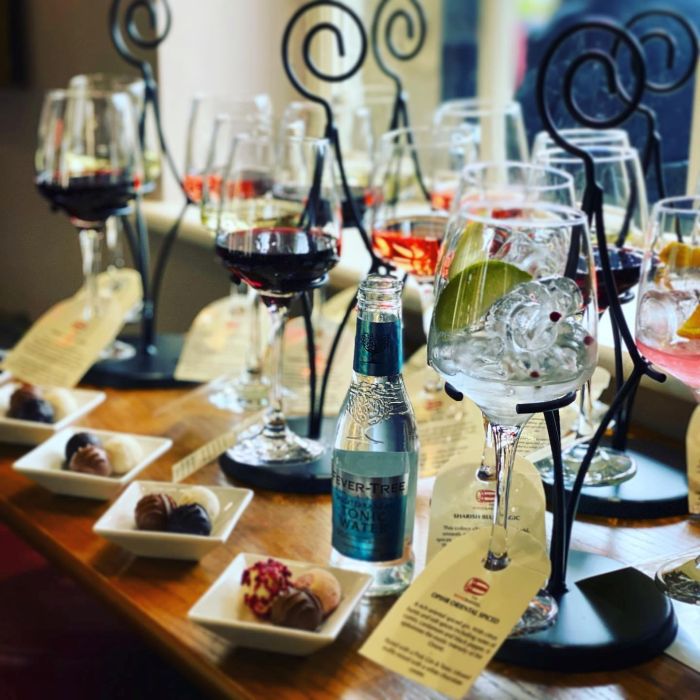 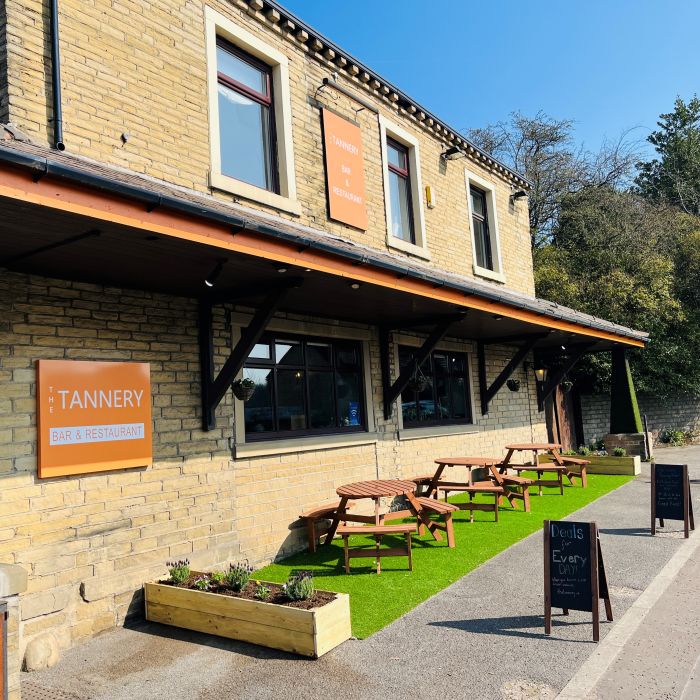 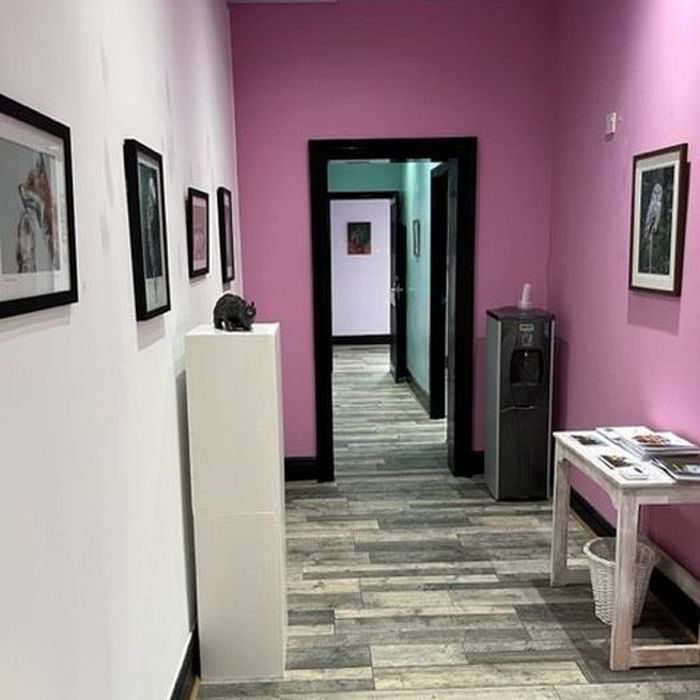