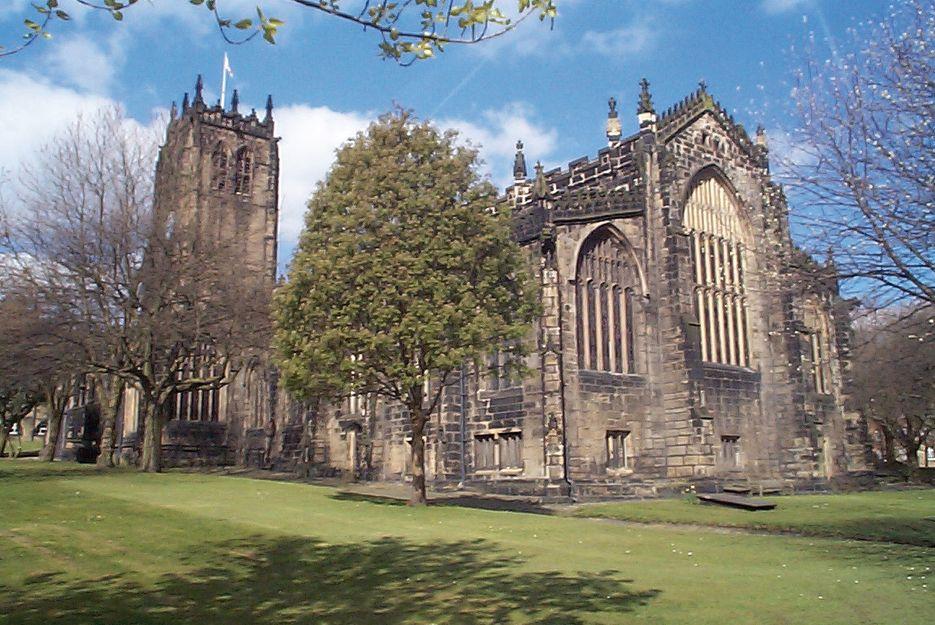 Anne lived at Shibden Hall from 1815 to her death in 1840, fully taking over management of the estate in 1836 after the death of her Father and Aunt. Anne desired a grander property and commissioned York architect John Harper to design plans for Shibden Hall.

Harper’s plans recommended extravagant improvement, with ambitious flights of fancy that were beyond Anne’s budget. The plans were adapted and for four years Shibden was given over to builders as a south terrace was constructed providing Shibden with an elevated platform; new timber bay windows replaced the sash ones; the east side was rebuilt creating new kitchens and servant’s quarters; on the west a three storey Gothic tower was constructed to house Anne’s library; and the crowning achievement of recreating the Housebody.

On 12th May 1836 Anne cleared out the upper rooms prior to the floor being taken out and the Housebody being opened up to the eaves, with a new grand staircase and gallery installed and decorated in the “Jacobethan” style that was highly popular in the early 19th century.

Anne also had cellars and tunnels dug under the building. This was part of a contemporary trend, ensuring that owners would not be disturbed by their servants.

In the grounds Anne made a park, constructed a cascade through a wilderness (Cunnery Wood) and dammed the Red Beck to make an ornamental lake. A carriage drive was built to the new road from Halifax to Leeds and a gatehouse built alongside it.

The wood panelling visible at the south front of the Hall today was also restored under Anne’s instruction.

The initial alterations were complete by 1839, but Anne died in 1840 whilst travelling and so never got to see her completed Gothic tower.

Anne’s death was followed in 1842 by that of John Harper, so no more of the planned work was carried out. The Gothic Tower, Housebody, South Terrace and Anne’s other improvements to Shibden Hall can still be seen today.

At Shibden Hall you can view some of Anne’s possessions, such as her travel writing case, music book with signature, three portraits and her funeral hatchment. Much of the furniture at Shibden was there during Anne’s time, including the Lister Carriage, which is on display in the barn.

Shibden Hall will be closing for filming on Monday 19th October. The Hall will then be closed for the Winter period until reopening in March 2021. You may continue to visit until the closure but you must book your tickets in advance online via the Calderdale Museums website. Tickets will be available in half hourly time slots and will go on sale a week in advance. New tickets will then be released every Monday for the following week.

There are frequent buses every 15 minutes or better from Monday to Saturday passing Shibden Hall, between Halifax and Bradford, Halifax and Todmorden/Burnley and Halifax and Brighouse. with other regular and less frequent services throughout the week. Up to date timetables are available from West Yorkshire METRO. Image: Anne Lister’s travel writing desk, displayed at Shibden Hall

Hidden within the depths of Shibden Park south west of Shibden Hall is a small wooded area known as Cunnery Wood. This Local Nature Reserve is on the footprint of Anne Lister’s kitchen garden, fish pond, top up of the cascade and rabbit warren (hence the name Cunnery from Coney-rabbit).

The area is rich in wildlife from stunning displays of bluebells under English oak, elm and birch to a multitude of songs from birds, healthy butterfly and moth populations and numerous small mammals throughout.

Following a period of use as the main Council nursery, abandonment followed before rebirth through hard work from Naturefriends (an international group who brought people from all over the world including Spain, Nepal and Russia to volunteer in the site) the area now boasts one of the best places to escape to for peace and quiet and provides access into Shibden Park and a gateway to Beacon Hill and beyond. A short tunnel under Shibden Hall Road takes you from Cunnery Wood to the grounds of Shibden Estate and Shibden Hall.

Today, Cunnery Wood is a Local Nature Reserve. Calderdale Council hold regular free ‘Practical Days’ at the Woods, where you can help to look after the Reserve. Other events such as Easter Egg Hunts take place in the Woods throughout the year.

The Stump Cross Inn is located at Stump Cross in Shibden Valley, close to Anne’s home Shibden Hall and part of her Estate. Anne bought the Masons who completed her gatehouse a drink here in Summer 1837.

Today, the Inn is open seven days a week, offering an extensive bar and restaurant menu of home-cooked food, daily menus and a carvery on Sundays. The bar offers a generous selection of beers, including hand pulled ale, lagers and cider in addition to wine, spirits, bottled beers and soft drinks.

Anne also visited The Piece Hall – a magnificent Grade I-listed Georgian cloth hall, which is home today to independent shops, bars and restaurants, a heritage centre and Halifax Visitor Information Centre. However, conscious of her social status, Anne would normally have avoided the place because it was a building for lowly commerce and political gatherings of the locals. She did however, visit for entertainment, arriving late for a firework display in 1818. Anne had run down the hill with her money ready but was too late and the gates had been closed. Anne’s diary records more successful visits to see hot air balloon ascents there in 1824 and 1837.

Anne Lister was one of the chief investors in this canal. A canal is known as a ‘navigation’ when it parallels a river and shares part of the river’s waters. In this case it’s the River Calder and the Hebble Brook, which comes from Ogden Reservoir through Halifax and empties into the River Calder at Salterhebble.

Work began on The Calder and Hebble Navigation in 1759. In 1764 the river was navigable as far as Brighouse and in 1770 the navigation was completed to Sowerby Bridge. It runs for 21 miles from Sowerby Bridge to Wakefield, has 27 locks and a number of flood locks.

Anne’s diaries feature various information regarding her family’s investment into the canals and the high value of these investments. By October of 1834 Anne thinks her shares are worth £430 each and in 1838 Anne sold a few shares, getting a good price of £434 per share.

The Calder & Hebble Navigation is navigable and walkable today.

(Situated on the site of the present day Broad Street Plaza development). Northgate House, built between 1735 and 1742, was part of the Lister family estate. It passed to Anne Lister in 1826 and was leased to Watson Samuel Scatcherd.

In 1835 after Scatherd’s death, a licence was granted to Anne Lister to convert the building into the Northgate Hotel and Anne also had a casino built at the premises. An official laying of the foundation stone was arranged. Anne wrote in her diary on Saturday September 26th 1835:

“Ann and I are off at 10-45 in my own carriage (with our two men behind) to Northgate Hotel. They were not quite ready for us. Began looking over the drawings at Northgate and by mistake kept the people waiting and did not begin the ceremony until about 11-45, which lasted about a quarter of an hour. Ann did her part very well.”

A time capsule containing an inscribed lead scroll and coins was buried beneath the stone. Anne wrote:

“The coins of the King’s reign (William IV) i.e. a sovereign, half-sovereign, half-crown, shilling and six pence (could not get a seven-shilling piece, very scarce. Swanns, the Bakers in York, had only seen two of William IV seven-shilling pieces) were put into a large mouthed green glass bottle also an inscription engraved on sheet-lead and rolled up tight. The cork was dipped in tar, then put into the neck of the bottle and covered over with coarse red wax. It should have been hermetically sealed, but Messrs Harper and Husband could not get it done, had no blow-pipe. I said I could have got it done at old Charles Howarth’s. No! Because it was not plate glass. The green glass was too difficult to fuse! The stone in which the hole was made that we put the bottle into was a large square piece of rough stone from one of Stock’s quarries, whence comes the rest of the stone wanted, and formed the footing of the front corner (nearest Halifax) of the Casino. Over this footing was put a very large mass of grit stone, quarried at Northgate in digging the cellar, and which they called the foundation stone. There must have been a hundred people collected round the spot: – two neatly dressed young ladies, some respectable looking men and the rest rabble. There was a little crowd to push through to get into the wall-race.”

Anne describes the laying of the stone as follows:

“Ann deposited the bottle and eight or ten men lowered down and properly placed over it the foundation stone, to which Ann gave three right earnest strokes with her mallet.”

Northgate Hotel and the casino (known in later years as the Theatre de Luxe) were demolished in 1961 for road widening during redevelopment of the area. Excavations for the Broad Street complex in 2010 uncovered the remains of the casino basement. 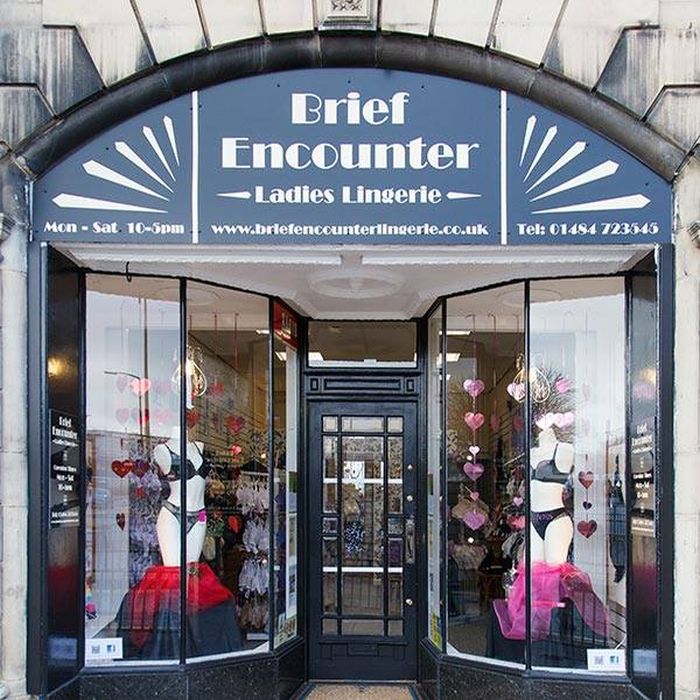 At Brief Encounter you can discover fine lingerie that is ideal for everyday wear or for that speci...
Learn more 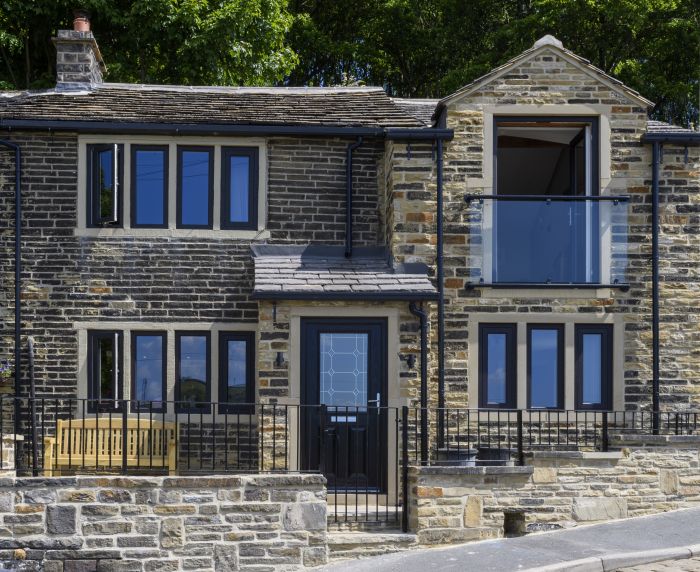 Our historic cottage is nestled on the side of the dramatic Shibden valley, famous as the home of An...
Learn more 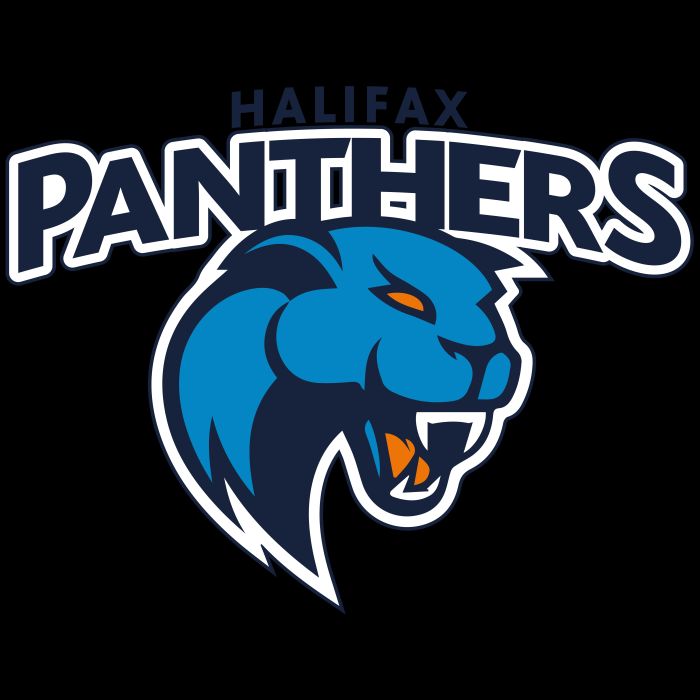 Halifax Panthers were formed way back in 1873. It was a Rugby Union club in those days, as all rugby...
Learn more